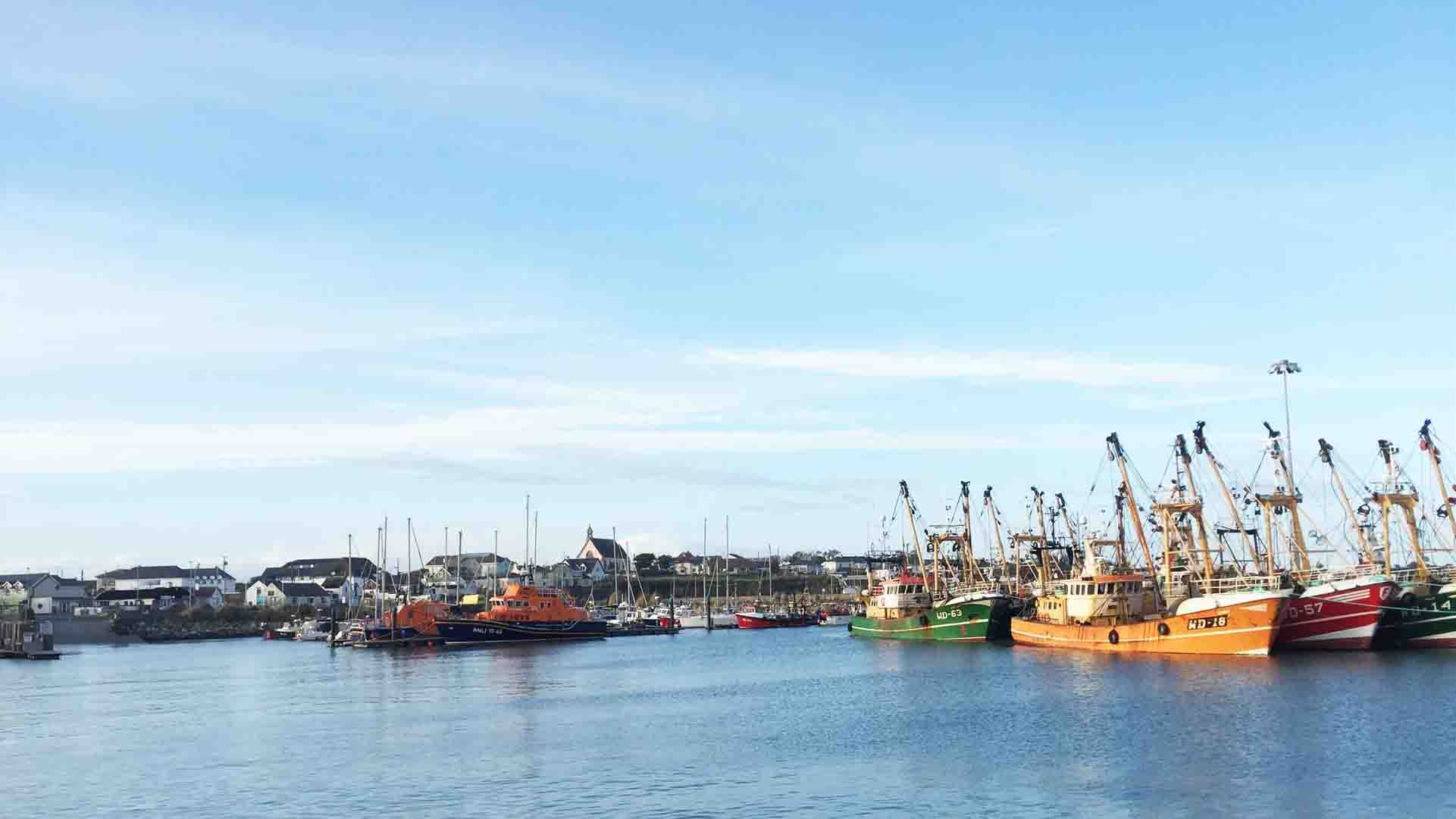 The promenade and harbour area are wheelchair accessible. Beach wheelchairs are available at the Stella Maris Centre (also fully accessible.)

Back to the Norman Way

Steeped in maritime history, this fishing port, with quaint thatched cottages, a children’s playground and playful seals in the harbour, is a hive of activity. Forlorn Point has some of the most ancient rock in Europe. A memorial garden dedicated to those lost at sea lies beside Ballyteigue Burrow’s 9km of sand dunes abundant with flora and fauna. Just offshore, the unspoiled Saltee Islands are a haven for sea-birds, surrounded by abundant marine life.

An ideal stop-off point along the Eurovelo route.

Of international conservation importance, Ballyteigue Burrow or the Burrow as it is locally known, is one of the finest sand dune systems in the South East. There are three main walking routes – along the beach, through the dunes, or on the path by the fence that separates the dunes from the adjoining farmland.

Walking along the shore provides opportunity to watch passing seabirds. Little terns occasionally nest on the beach at the western end. In the dunes, you will see meadow pipits, wrens, stonechats and linnets. In spring and autumn, wheatears and reed buntings pass through. In spring and early summer, the song of the skylark, a sound becoming scarce in much of the country, fills the dunes.

One of the few places in Ireland where the turf ant is found, there are also rare woodlice, snails, wasps and two of Ireland’s rarest bee species: the great yellow bumble bee and the shrill carder bee The waymarked looped trail is only 4.5km return, however, the full length of the dunes at the Burrow is approx. 16km return.

From Enniscorthy, New Ross and Wexford town take the N25 towards Rosslare Harbour. Turn right on the R739 and follow the signs to Kilmore Quay. Parking is available in the village behind the harbour.