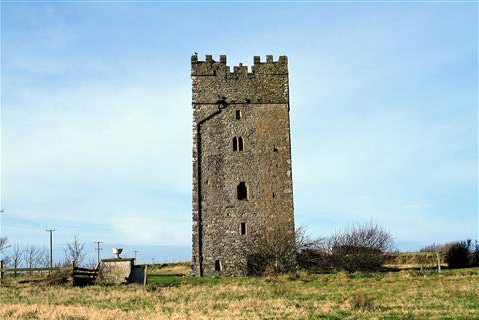 Ballyhealy Castle was built by the Cheevers family. They appear to have been Flemish in origin, but members of the family were with William the Conqueror when he invaded England in 1066. In 1649 the castle was attacked by Cromwell, leaving only the four towers, three of which have since been dismantled. The stone is believed to have been used to build farm buildings. The last remaining tower, 2Km from Kilmore village, is in good condition having been restored by various recent owners.

Back to the Norman Way
Manage Cookie Consent
We use cookies to optimize our website and our service.
Manage options Manage services Manage vendors Read more about these purposes
View preferences
{title} {title} {title}